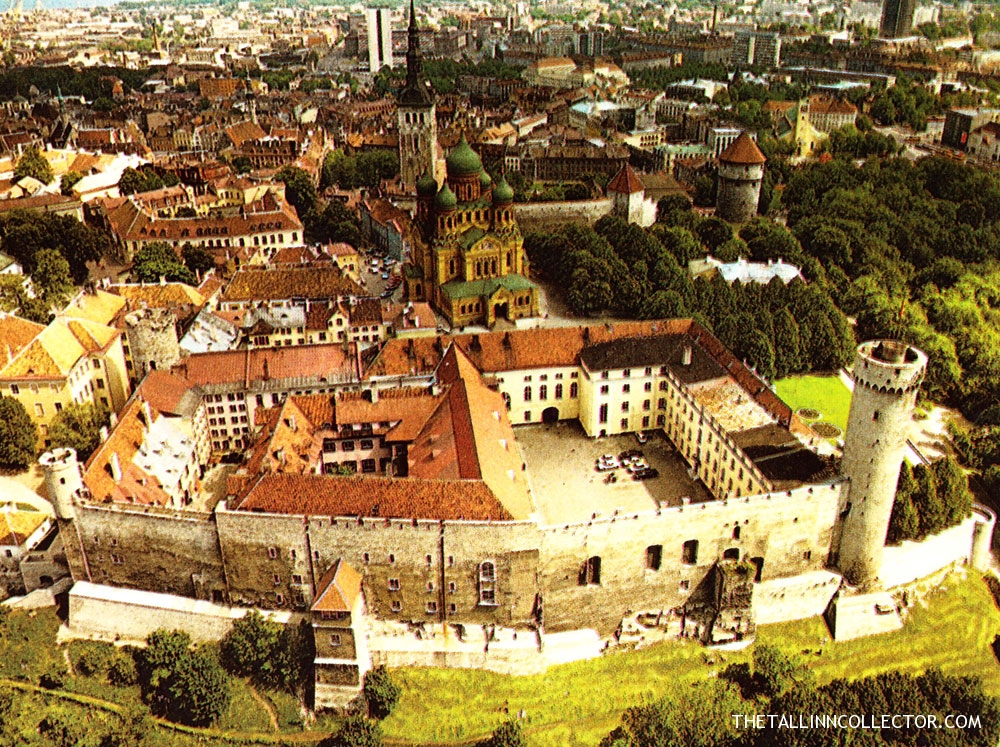 “The town wall, the red tiled roofs and ancient defense towers with copper weather-vanes catch the eye in the historical town-centre of Tallinn, the capital of the Estonian SSR. Tallinn was first mentioned in the commentaries of the map of the world by Arabian geographer al-Idrisi (1154). The name given by al-Idrisi has been considered identical with Kolõvan, the name in later Russian chronicles. In the 13th century the most-used name was Reval (Rewal), derived from the ancient country-name Revala. It was about the same time (after the danish conquest) that the Estonian name Tallinn came to use.”