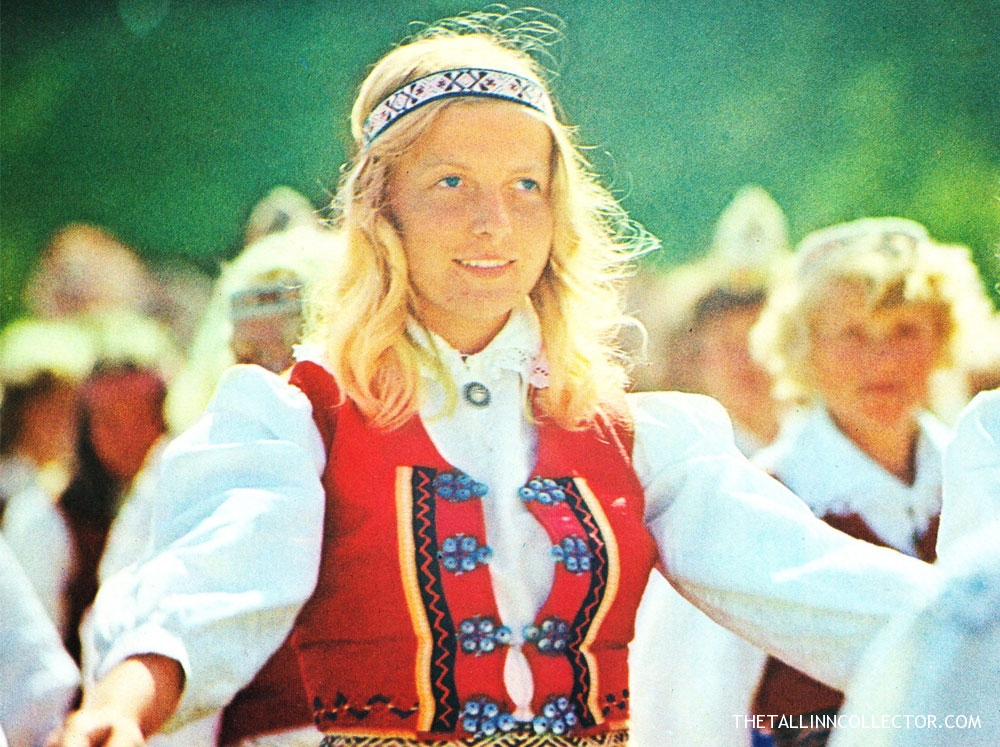 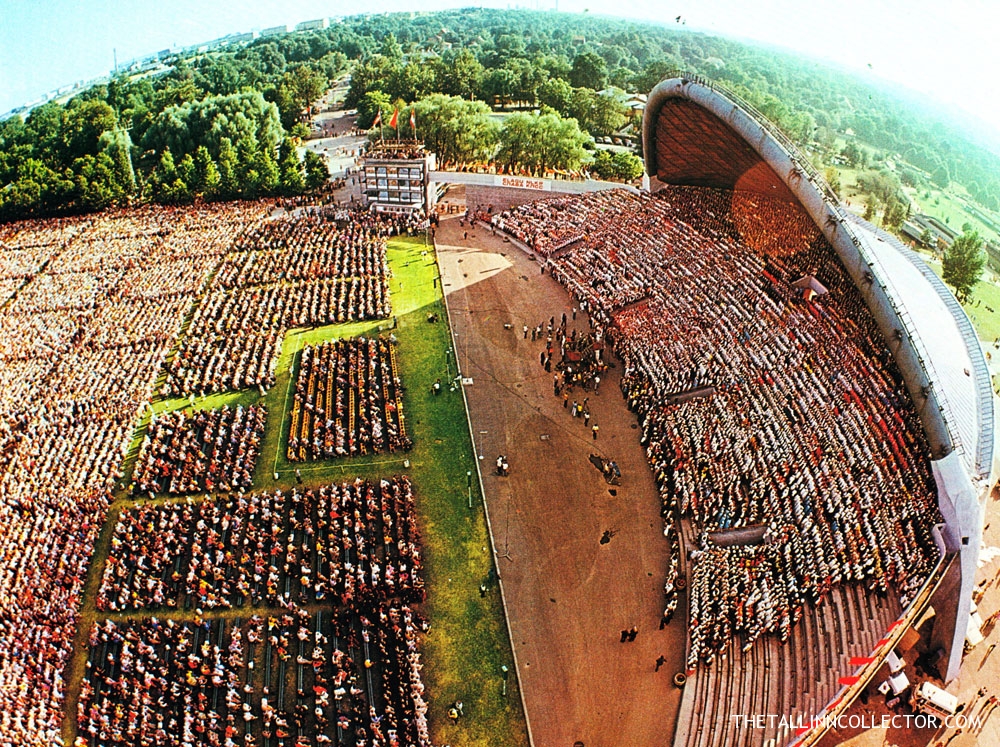 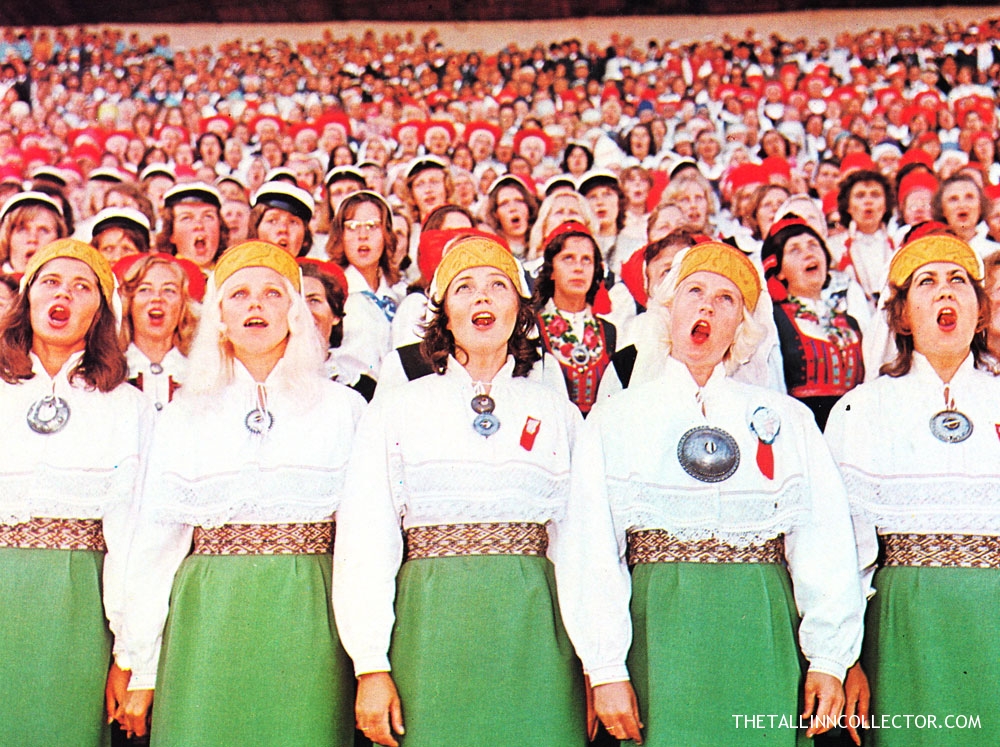 “The centuries-old traditions of choral singing and folk arts of the Estonians are strikingly revealed in big mass festivities held on the Song Festival Grounds every five years, with the participation of up to 37,000 performers and hundreds of thousands spectators. In 1975, on the 35th anniversary of the Estonian SSR, the performers at the song-and-dance festival were 153 mixed choirs, 41 male, 85 female, 103 children’s, 54 boys’, 63 guest choir, 106 brass bands as well as 6,000 dancers and players of folk-instruments. The guest choirs had come from all republics of the Soviet Union and from a number of socialist countries.”

In a Tallinn Street