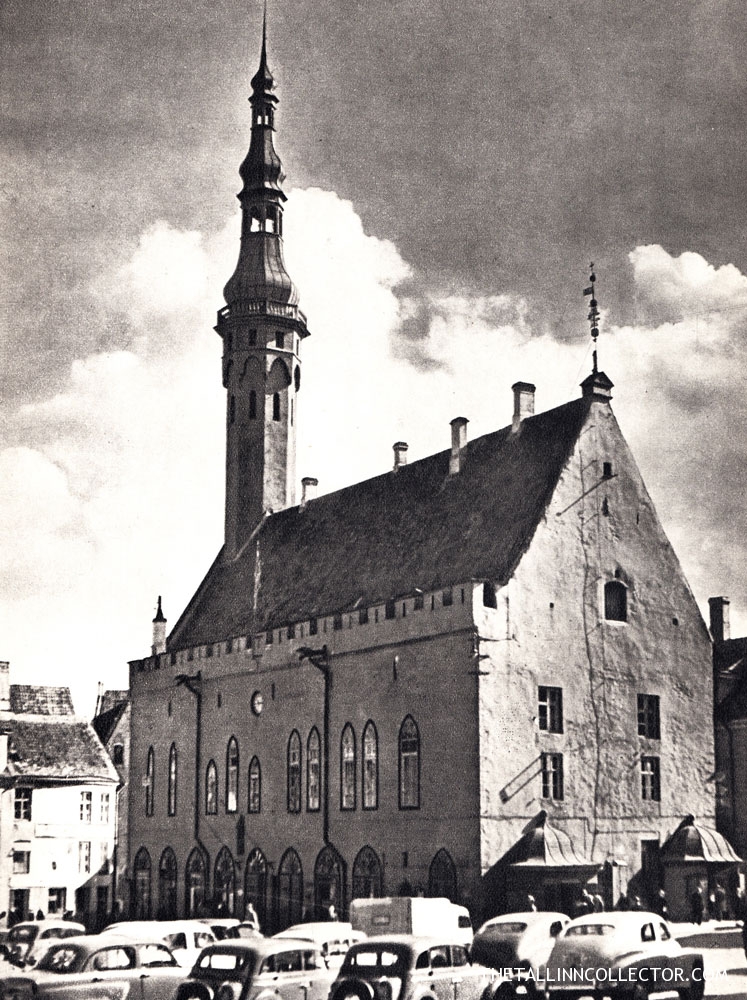 “Tallinn Town Hall is the only mediaeval town hall preserved in the Baltic States. The building of the Town Hall was commenced as early as in the 14th century, but it received its present shape at the beginning of the 15th century. The spire, destroyed in 1944, was reconstructed after the Great Patriotic War in its original shape, that of the 17th century, the vane “Old Thomas” being a copy of the vane dating from the 16th century. The present ground floor with premises of shops had originally the form of an open arcade. The main storey of the building was the first floor with the spacious “Citizens Hall” (rebuilt in the 17th century into two stories and divided into several smaller rooms) the comparatively well-preserved council hall, and two smaller office rooms.”

“In the exhibition rooms of the Arts Building.” – G. German,…