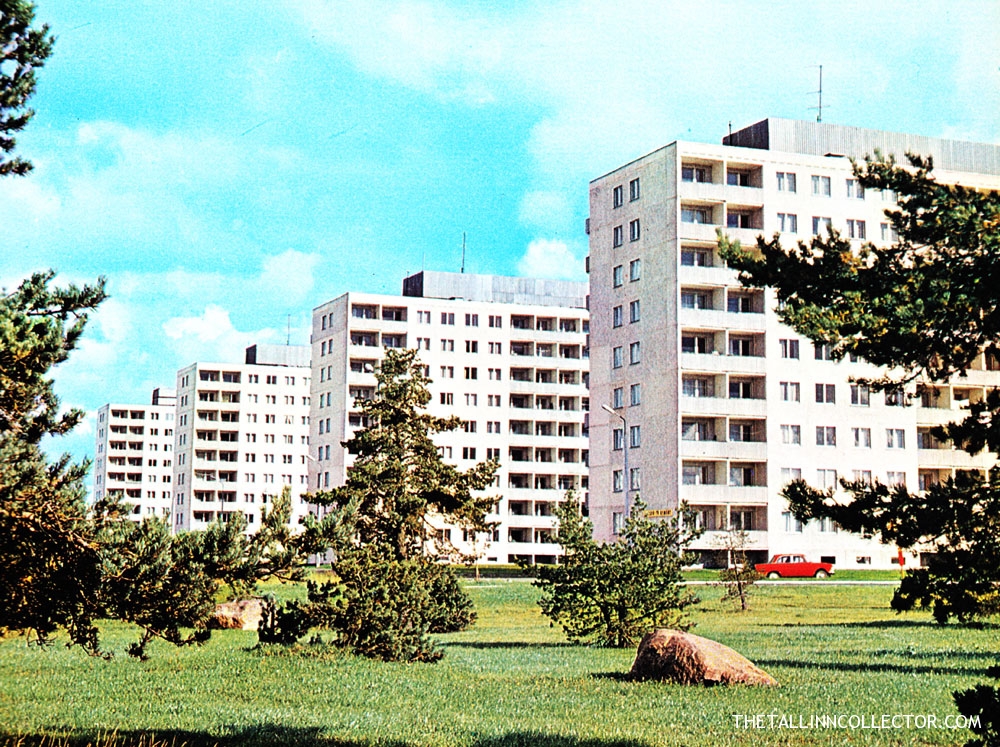 “Now the population of that modern district amounts to about 90,000. In 1974 Mustamäe and the old part of Tallinn were fused into a single administrative which in received a symbolic name – the October District, to mark the union between the jealously guarded antiquity and the impetuously developing modernity.”

“The Song and Dance Festival dedicated to the 35th anniversary…